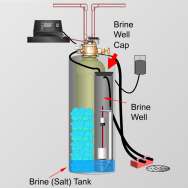 I have literally spent weeks trying to fix a flooded brine tank in my Kenmore water softener. It took me a while to understand how the darn thing worked, but once I figured it out, my problem and, more importantly, the fix seemed obvious. NOTE: I’m pretty sure that most water softeners work very similarly, so even if you don’t have a Kenmore, the information here should be helpful. END_OF_DOCUMENT_TOKEN_TO_BE_REPLACED 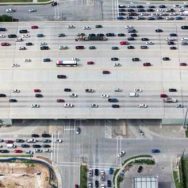 If you’ve never been to Texas, let me give you a brief overview of the freeway traffic system. Instead of freeways just being large roads without signals, Texas builds (usually) one-way “access roads” along each side which can themselves be several lanes wide. They also allow development along the shoulder of these access roads which means there are shopping centers, gas stations, restaurants, homes, driveways and other things all along them. Also, actual speeds on the access roads are often not much less than freeway speeds. END_OF_DOCUMENT_TOKEN_TO_BE_REPLACED

My vacuum-insulated mug keeps my coffee hot most of the day with no electronics, but I gotta admit I’m intrigued. $129 is a bit steep and I wonder about longevity.

Interesting post on the topic of dry vs canned dog food. 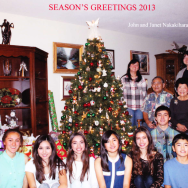 I’m a bit old fashion and still exchange Christmas cards with many people. I always send a photo card with a short half-page story of what went on the past year with a few small pictures. I like receiving them and don’t have the heart to just toss them when the season is done. I usually pack them up in in a manila envelope thinking that I’ll get nostalgic someday and revisit.

I’ve gone through this ritual for 37 years and have never once gone back and looked at the cards. It occurred to me that I should archive them by scanning. Yes! What an idea! I moved a couple years ago and and only had three years worth of cards, so I figured that was a doable amount to try my idea. END_OF_DOCUMENT_TOKEN_TO_BE_REPLACED 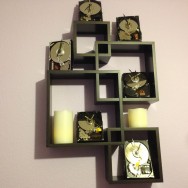 I don’t know why I have so many of these, but this guy at the Wimberly Market Days makes them and I can’t resist buying them from him. I was going to buy a normal shelf to put them on, but found this unique shelf made of squares at Target. It had just enough places for all my clocks. I even had space for the battery-powered fake candles..It’s perfect! :-D

How to actually build an igloo!

Never thought about what it takes to actually build an igloo but this is a pretty cool video of a guy doing just that! So where does the flat screen TV go??? ;-P

An artificial light that looks like a skylight! This is amazing and I want one! 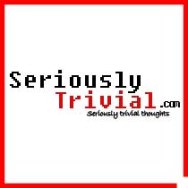 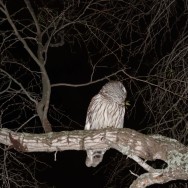 Took this outside Kimberly’s house.  Could not get him to smile for the camera. [singlepic id=862 w= h= float=none]