I like to keep my butter on the kitchen counter and have been searching for a way to keep it soft–at least not rock-hard–for years. The problem got significantly worse after I moved to Colorado. Now, I tried keeping the butter on top of the refrigerator, using a french butter dish and a grater knife, all with unsatisfactory results. I even had one of the Alfillé electric butter dishes, but it didn’t last very long.

I had an epiphany the other day when I glanced down and saw a plug-in air freshener in our hallway. It had to have a low-power low-heat mechanism. Could I adapt it to keep my butter dish warm? Well, so far, my contraption seems to work and the step on how to do it follows.

Here’s what the plug-in air freshener looks like before we take it apart: 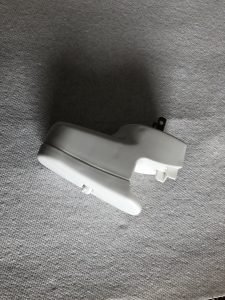 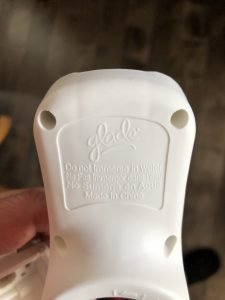 Take a screwdriver and pry the shell apart. Don’t worry about breaking anything. 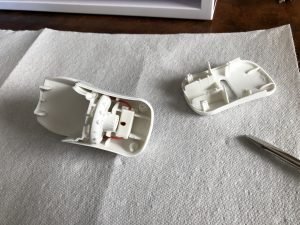 Grab one of the posts with a pair of needle-nose pliers. Break it and pull the inner casing out. 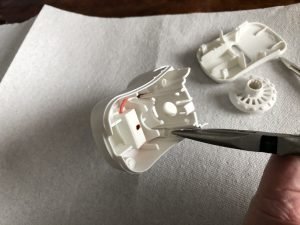 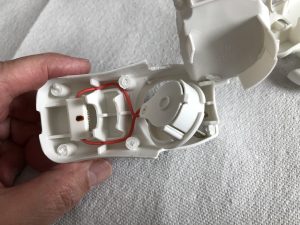 The heating element, wiring, and plug will freely come out now. 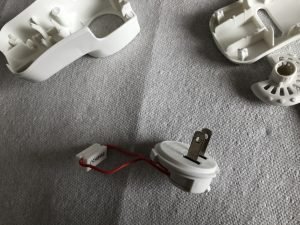 The heating element is nothing more than a resistor placed between the two electrical leads. The resistor will be inside a plastic shell with some type of filler substance that probably helps to spread the heat out a little. The hottest side is the side with the filler exposed. I got about 87.5 degrees F. This would melt the button, but you will lose a lot of heat in the aluminum box and butter dish. 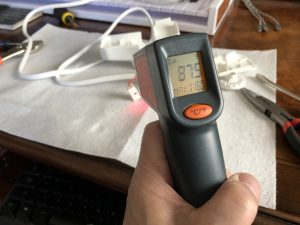 Open the plug and cut the two leads as close as you can to where they are attached to the AC prongs.

Strip the extension cord and heating element wires. Twist them together and soldier. Place electrical caps on the soldiered connections. 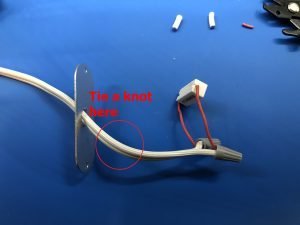 Place some Kapton tape over the heating element so we can mount it to the project box. Note that we want the filler side, which is the hottest side, to touch the box. 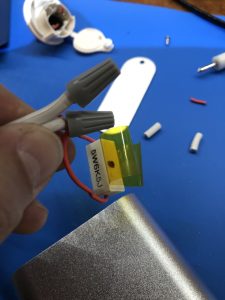 Here is a shot from the opposite side showing everything mounted in the box. You can see the knotted cord inside the box behind the heating element. Note that in the parts list, above, I mention that you may want to get a box that opens from the top rather than the sides. It’s little difficult to get the heating element taped down in the right spot. I like the look of this rounded box better. Your choice. 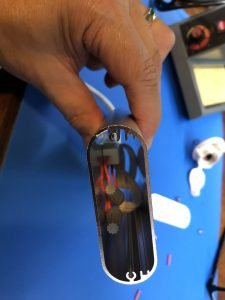 Although the Kaptan tape was holding, I added a small compression spring to make sure the heating element was pushed against the box wall. You may or may not need this. I just felt it was cheap insurance. 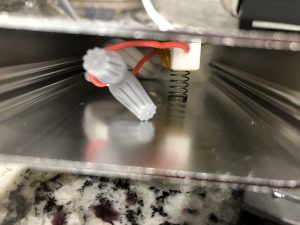 Before you close the box, use a marker to indicate the placement of the heater.

Here’s some pictures of the finished product. 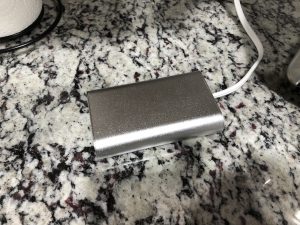 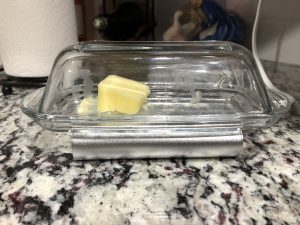 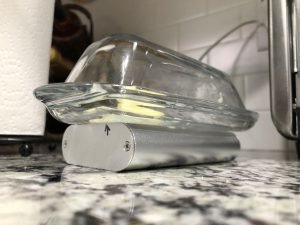 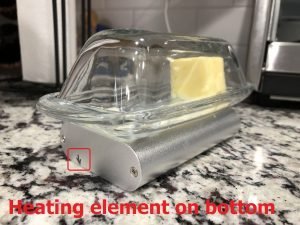 My kitchen gets to the low 60’s during the night and the granite counter tops makes it pretty cold for anything on the counter.

At first, the unit got just a little too warm, but I found if I put it upside-down, so that the heating side is on the bottom, the temperature is just right. You could also put something in between the unit and the butter dish like a pot holder, coaster, metal plate, or something similar. Note that it uses no more electricity than a plug-in air freshener LOL.