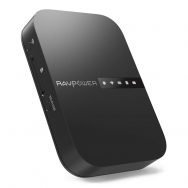 Stream video files over WiFi to Oculus Go when traveling

Due to the meager storage capacity of the Oculus Go, being able to stream video files over WiFi using a portable device is a real game-changer when traveling away from home. Historically, my portable streaming device of choice was the RAVPower RP-WD04. However, I found streaming the generally larger VR files to be problematic using this device. Fortunately, RAVPower has a new version, the RP-WD09, which handles them nicely. I’ll refer to the device simply as the FileHub. (Make sure you don’t get the RP-WD07 as some significant improvements were made and it looks nearly identical to the RP-WD09.) END_OF_DOCUMENT_TOKEN_TO_BE_REPLACED 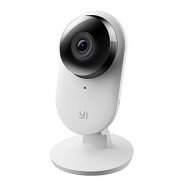 Having owned the original Yi Home Camera, I had high expectations when I ordered the Yi Home 2 Camera. It’s version 2…it HAD to be better, right? I was really looking forward to the wider 130-degree lens. However, once I got it, I was very disappointed that Yi changed the base and the Home 2 camera can’t be freely rotated like the original. This made window-mounting the Home 2 much more problematic. Argh! END_OF_DOCUMENT_TOKEN_TO_BE_REPLACED