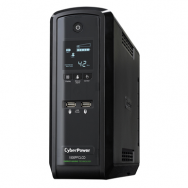 Previously, my Windows PC happily send a command to my Synology NAS to shutdown when the UPS (connected to my PC) was running low on battery power. (See my post, “Shutdown Windows computer and Synology NAS using CyberPower UPS“) Things came to a grinding halt when DSM 6 was released and eliminated remote access by the root user…probably a good thing security-wise, of course.

After much research, I discovered the Network UPS Tools (NUT) project. Included in its goals is uniform control and management of UPSs and it seems manufacturers, including Synology, have embraced the “standard”. It’s a server-client model where you connect the UPS to the Synology NAS, the server (aka master), and run a monitoring program on your PC, the client (aka slave), to shut it down when the UPS battery power gets low.

Setup on the NAS side, is as easy as checking a couple option boxes. It’s not so straight forward on the client side of things. I found at least three different Windows client applications, all with less than clear configuration instructions. I settled on WinNUT, but lost patience trying to figure out how to configure the new version and opted for the older one which still seems to work under Windows 10. END_OF_DOCUMENT_TOKEN_TO_BE_REPLACED

Just when I think I’ve seen everything, Nature comes along and says, “nope.” 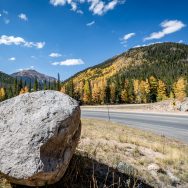 We took a trip to Georgetown and Idaho Springs this weekend and stayed in Winter Park. Only a couple hours away, but traffic was heavy heading out. As luck would have it, the Aspen trees were just starting to turn colors and it was magnificent. I forgot to post photos from our trip to North Catamount Reservoir and I added those at the end.