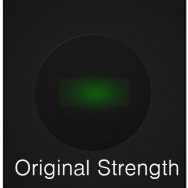 Isn’t it amazing how bright those little LED lights are on electronic devices? I had been using the standard chargers for my iPhone and iPad, but needed a third charger for my wireless headphones. I bought a nice four-port USB charger to sit on my nightstand. It had a tiny blue LED and I didn’t think much of it until it got dark. That thing lit up half the room!

I had experienced the problem before with my digital clock radio which has a much worse problem since the numbers themselves are lights. I ended up cutting up some dark plastic and putting that over the numbers. I could have done the same for my new charger, but I stumbled onto a neat product called Lightdims. They are basically small stickers of semi-transparent plastic that block 50-80 percent of the light!

The Lightdims work great and at $5.99 plus 99 cent shipping, they are a bargain. You get a whole sheet of them–way more than I could ever use. They also make white and 100% block-out versions. I suppose some black tape would work just as well, but these are much nicer aesthetically. Highly recommended!