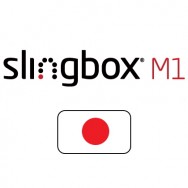 Recording output from a Slingbox

Now that I’ve figured out how to convert an HDMI signal to component and, thus, allow my Slingbox M1 to work, I started wondering if it was possible to record the Slingbox output. Turns out it’s pretty easy.

First, you need a JAVA app called kmttg by Kevin Moye. It was originally written to facilitate TivoToGo transfers, but it can also be used to capture Slingbox video output directly on your local network. There isn’t a simple installer, but it’s not too difficult to install. After you download the file (I downloaded kmttg_v2.1m.zip), unzip it and copy the contents to a directory on your hard drive somewhere. (Do not put it in your programs directory, however.) You probably already have JAVA installed on your computer, but you also need PERL. It’s a quick download, if you don’t already have it. There are some good instructions on how to set things up and download links on this page.

The trickiest part is probably figuring out the Admin password and network port. The Admin password is hidden, but if you login into your Slingbox web page and then browse to this URL, the information can be found. Look for something that looks like “adminPassword”:”z367gd9481l6v2c”. The network port involves you digging around in one of the Slingbox players, but it should be 5301,  5201 or 5001. See the example in the screenshot to the left. Mine was port 5201.

The video will be saved in a .ts file which is a MPEG2 file format used for DVDs or in a .mkv file. You can use a utility like Handbreak to convert into another format, but I use Avidemux so I can also do a little bit of editing. (Note: I also re-encode to  Mpeg4 AVC (x264). I captured using kmttg’s 640×480 video resolution setting, but to get a proper aspect ratio, I (oddly) had set a filter in Avidemux to resize to 854 x 480.)

One thing to note is that you can’t be watching Slingbox and recording at the same time. It’s one or the other. This makes it a little tricky and you’ll probably want to record on your DVR first and then record a playback using kmttg later. Here are the steps:

It’s a little problematic if your recorded show begins right at the start. You may want to set your DVR to start recording a few minutes early to give you more time. You’ll usually end up having to trim the beginning and end anyways.

The resulting video is pretty good. The process is kinda too cumbersome to be doing on a regular basis, but for those few “keepers” it’s well worth it.