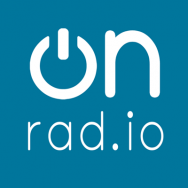 OnRad.io, an interesting site to search for and play streaming music

Ya gotta respect people that continue to push the copyright envelope. We can thank them for so many things that we take for granted today (e.g., MP3s, DVRs, Slingbox, etc.). OnRad.io is another one of those technologies. Michael Robertson of MP3.com fame is behind this venture. They are basically indexing online music streams and allowing visitors to play them through their site. They claim to scan about 100,000 stations in under 100ms. (Note that some of the stations are non-US.) Here’s their press release. END_OF_DOCUMENT_TOKEN_TO_BE_REPLACED

This touch input device looks very interesting. It will be interesting to see how well it works in the real world after it ships. Personally, I’ll be very interested in its use with graphics and music-creation applications.

How come I never heard of these? Kinda looks like a cross between an armadillo and an ant eater, almost dinosaur-like. Weird how it kinda walks on two legs most of the time. The name reminds me of an old Bugs Bunny cartoon about a Hoboken-born penguin. The bum that wants to eat him says, ” pen-ga-wins is practically chickens.” (Skip to about 2:30) HAHA 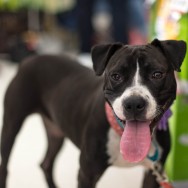 Some photos from the Black Friday Adoption Event at Pet Supply Plus on Friday, November 27, 2015. Only a couple dogs on hand, but always a fun time. Snapped a couple birds and a bunny for good measure LOL. END_OF_DOCUMENT_TOKEN_TO_BE_REPLACED

Color video of Berlin in 1945. Facinating.

Fascinating color video of Berlin in 1945, just after WWII. Even includes some aerial shots. Such destruction. People sure dressed up in those days! 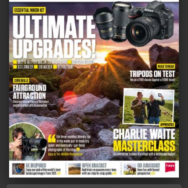 I recently checked out a free issue of N-Photo, a magazine devoted to Nikon users, using their iOS app and really like it. Subscription through the N-photo app was a steep $59.99 which seemed like a lot for a monthly magazine. Now, I’ve been using Zinio for years to read various magazines on my mobile devices, so I was curious if they carried N-Photo. I opened the Zinio app and found it at $64.99, $5 higher. Well, I know about Apple’s 30% cut on in-app purchases and decided to check out Zinio’s website. END_OF_DOCUMENT_TOKEN_TO_BE_REPLACED

My vacuum-insulated mug keeps my coffee hot most of the day with no electronics, but I gotta admit I’m intrigued. $129 is a bit steep and I wonder about longevity. 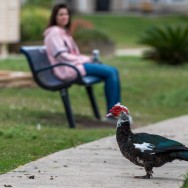 Visited another local “pond” named Plaza Lake to try out my new Nikon 70-200 f/2.8. Overcast day and probably would have preferred the reach of my 150-600, but I had to get out of the house and try this baby! It’s a little heavy, but less than I expected. Sharp as a tack. END_OF_DOCUMENT_TOKEN_TO_BE_REPLACED

I guess it’s just the accountant in me, but I have to see stuff like this in tables. I’ve highlighted 9% and above discounts. The 13% discount on the 70-200mm 2.8 is especially interesting to me ;-) 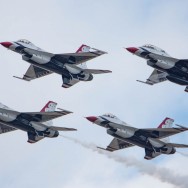 Went to the air show last weekend and tried out my Tamron 150-600mm F/5-6.3 mounted on my Nikon D7200. I also brought along my D750 and some primes so my bag was pretty darn heavy. I had plenty of length with the cropped sensor D7200 and Tamron, but getting good focus on propeller planes was a challenge since I shot at a slower shutter speed to try to capture the movement of the props. Jets were easier as I could shoot at a faster shutter speed, but even those were hard to get sharp :-)

The highlight of the show was the Thunderbirds, but the Tora Tora Tora reenactment with Japanese Zeros was pretty cool. We had a pretty good storm roll through the day before, but the weather ended up being fantastic. Some nice clouds provided good backgrounds for the planes. Shock Wave, the jet powered truck was there. They had it racing some of the prop planes and it actually would win sometimes.

I took a ton of photos and thought I’d share a select few of my favorites. All shots were handheld. Hope you enjoy them. END_OF_DOCUMENT_TOKEN_TO_BE_REPLACED