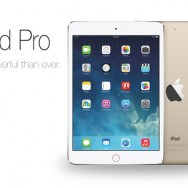 My thoughts on the iPad Pro

I thought I’d share my thoughts on the newly announced iPad Pro. I like the option of using a stylus…errr pencil. This positions the Pro as a laptop-replacement device; however, iOS just doesn’t handle massive amounts of files efficiently. You need to be able to natively connect a 2TB portable USB drive or at least an SD card and have the iPad read directly from the storage without requiring you to first copy the files to the device. For that, iOS needs a real file system.

As great and powerful as the iPad is, most power users still go back to their laptops to do “real” work. The Pro’s pencil bridges the gap a little, but the lack of a true file system really hurts the iOS platform. You just can’t rely on the Cloud for everything. It’s not reliable, it’s slow and can be just unavailable depending where you are and thus not dependable.

This all said, I’m really hoping that Apple will put the pencil and screen functionality into the iPad Air line, maybe call it the iPad Air Pro. My tablet could then do double duty as a tote-able tablet and a graphics tablet for editing photographs, ala Wacom Cintiq. I never could justify the cost of a Cintiq, but if it was also an iPad that would be a game changer–the Pro just isn’t a tote-able device. Astropad has an app that mimics this functionality, but it’s only for Macs and doesn’t have the pencil interactivity like the Pro.

I really hope I’m a prophet on this one and the iPad Air Pro gets announced this Spring :-D