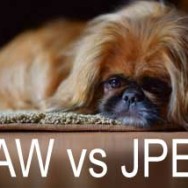 As I get more serious about photography, I’ve been doing some soul searching on whether I should start shooting in RAW instead of only JPEG. There are tons of discussions (arguments?) on the subject, but I’m not convinced by just the “pros” use RAW and “amateurs” use JPEG mantra. Nothing I read truly convinced me that I should switch or stay. As such, I decided to analyze things in my own way and come to my own conclusion.

The basic reason you would want to shoot in RAW is you will have more data to adjust the image after the fact. It is important to understand that the JPEG compression algorithm discards information that it feels is not visually important like in dark areas–if you can’t see it, ya don’t need it. Since I don’t do flash photography, I always rely on natural light. This means I often have dark areas that I want to brighten up. I need the details in the very areas that JPEG is most likely to throw them out. The JPEG algorithm and my post-processing needs are diametrically opposed to each other.

As a test, in Photoshop I saved a JPEG photo using medium quality. The saved file was 1.9MB. I turned the brightness down 100% and saved it again. The darker file was 1.4MB. That’s quite a bit of data that’s being tossed out just from a brightness change. (On a side note, the original JPEG from my camera was 19MB, so Photoshop’s medium quality lopped off 90% of the original data!)

Shooting with existing light also means that light temperatures may cause unwanted coloring. Again, RAW would be superior since there is more information in the file to adjust.

Now, one major downside of RAW is that most software doesn’t support the file format. JPEG is king here. Being able to quickly display photos on an iPad, for example, is important to me. As it turns out, that wasn’t something I had to give up.

In truth, there are good reasons to shoot only in JPEG. Anyone that takes tons of photos, like a sports photographer, may use JPEG because they can get a faster burst mode and store more images since the files are smaller. Moreover, with so many photos, post processing may not be a major part of their workflow.

If you rarely do post-processing, JPEG is probably the way to go. Maybe you’re an awesome photographer that always gets the shot right in camera. You might also be a purist and feel that post-processing is a form of cheating. I don’t know, but the point is there are legitimate reasons to shoot in JPEG.

I should also point out that although the file size difference is significant, it’s not massive. We are talking about a 25MB file for RAW and 15MB for JPEG (highest quality settings), so roughly about 66% larger. Memory cards and hard drive storage is so cheap these days, I don’t think it matters that much.

BEST OF BOTH WORLDS

My Nikon D750 has two SD card slots and has the ability to record RAW on one and JPEG on the other. That’s the setting I’m going to start using. I’ll use the JPEGs for display when I’m away from my computer. and only import the RAW files into Lightroom (converting to DNG) when I get home. I may still import the JPEGs into their own folder as I sometimes like to browse the network folder on my iPad.

I am sure that the greater information in a RAW file will provide better results than if I was using JPEGs. How much better is not something I can answer. The pessimist in me says the difference may not be all that significant except for the unusual case. I mean, how much are you really going to brighten a dark area without the picture looking odd. Probably not that much and if it’s not that much, perhaps a JPEG would be good enough. That said, RAW is the safer choice and the “cost” of a 66% larger file and some flexibility is an acceptable trade-off I think.