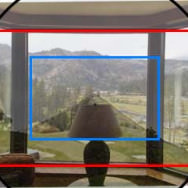 Full Frame, Cropped Sensor and Depth of Field for Dummies…like me

I was ready to dump my Nikon D7000 for a full-frame Nikon D750 just so I could live the dream of shallow depth of field and creamy bokeh. Yes, I had drunk the Kool-Aid and fallen for the overly simplistic mantra that to get that effect, I had to have a full-frame camera. However, as I researched the widely discussed and hotly debated topic: depth of field, I learned some interesting things. The most important thing I learned is perhaps it’s the lens not so much the camera that matters.

Note: This post is mostly for me to document my novice understanding of this topic, but perhaps it may help others who are also bewildered by the whole discussion. I will be overly simplistic, but that is the best way to begin to understand complex things and I am, self-admittedly, only beginning. However, there will be math involved ;-)

First, let’s talk about full frame versus cropped sensor. The sensor is just the thing that electronically captures the image inside the camera. Full frame just means it captures an image equivalent to a 35mm film camera. A cropped sensor is just like it sounds and captures a smaller image. One important thing to keep in mind is that everything is based around the 35mm standard which is probably a good thing.

Lenses are rated based the 35mm standard, in effect, how they would perform on a full frame camera even though you can’t always truly use them on one. This is understandable since some lens can be used on both and having different reference standards would only cause more confusion than there already is.

My Nikon D7000 has an Advanced Photo System type-C (APS-C) sensor which has a “crop factor” of 1.5. So if I’m standing looking out a window, a full frame camera will give me a 1.5 times larger view than my D7000’s cropped sensor all things being equal. Now, imagine if I moved forward with the full frame camera. Eventually, my view would match the cropped sensor view. In a way, I am zooming in, right? Alternatively, I could get the same result if I used a longer lens.

The effect of all this is that for a given lens focal length, you have to multiply by 1.5 to get it’s 35mm equivalent focal length. So a 50mm lens really works like an 75mm lens on my D7000 (e.g., 50mm x 1.5 = 75mm). This is pretty cool, right? If we were talking about a 200mm lens, you could actually get the reach of a 300mm lens! Well, it probably sounds better than it really is and of course there is a catch. You aren’t going to get something for nothing.

F-Stop and Depth of Field

By convention, the aperture gets smaller as the F-stop gets larger, allowing less and less light into the camera. So why the seemly arbitrary sequence of F-stop settings on a lens (1.4 2.0 2.8 4 5.6 8 11 16 22)? Well, there is actually method to this madness. Each setting or “stop” precisely halves/doubles (depending on which way you are going) the amount of light. (Incidentally, for the same exposure, you will also have to double/half the shutter speed for each stop. Don’t ya just love symmetry?!)

To me, F-Stop is probably the toughest thing to remember. Yeah, I know it controls how big the lens opens, but the fact that it’s the inverse relationship always gets me! I always have to slowly think about the implications and the two most important are: depth of field and amount of light. Just remember this: higher F-stop means greater depth of field and more light needed. That’s a simple relationship that everyone can remember! Of course, if you need more light, that means a slower shutter speed. Going the other direction, a lower F-stop means a shallower depth of field and less light needed (faster shutter speed).

Let’s complicate things just a bit and compare two different lenses. A 200mm lens at F-stop, say f/4, will have a much larger aperture (200mm / 4 = 50mm) than a 50mm lens at the same F-stop (e.g., 50mm / 4 = 12.5mm). That would seem to mean that more light would reach the sensor with the longer lens. However, because of the difference in the optics of the lenses, even though the apertures are different sizes, the same amount of light travels through both providing the same exposure! Mathematically speaking, F-stop is the fraction of a lens’s focal length that keeps the same amount of light. So no matter what lens you use, the same F-stop setting is exposing the sensor with the same amount of light.

Is Full Frame Better for Shallow Depth of Field?

There is a little truth and a little falseness in the idea that a full frame camera can achieve shallower depth of field compared to a cropped sensor camera. On the truthful side, we know that a 50mm f/1.8 lens has an effective F-stop of 2.7 on a cropped lens which is about a full stop down. That may not sound like a lot but it does mean greater (i.e., less shallow) depth of field. Remember each stop is half the amount of light so it also means shooting at half the shutter speed! Yes, one stop can be pretty impactful.

However, on the falseness side, depth of field has as much to do with the lens as it does with the camera. So, putting a shorter and faster lens on the cropped sensor camera will equalize the playing field. Let’s put a 35mm f/1.2, albeit pricey, lens on our cropped sensor camera. Compared to the 50mm f/1.8 lens on a full frame camera, the effective focal length would be close to the same (35mm x 1.5 = 53mm) and the effective F-stop would be the same at 1.8 (1.2 x 1.5 = 1.8). Admittedly, there is a limit to this game and you would quickly reach a point where the equivalent cropped sensor lens would either not exist or be price prohibitive, but this would be the extreme. The point is, generally, you can achieve the same shallow depth of field by getting a faster lens instead of switching to a full frame camera.

Why does this make sense? Well, consider two things. A cropped sensor camera has to move farther back or use a shorter focal length to match the field of view of a full frame camera; however, this will cause depth of field to increase. To compensate and keep the depth of field constant, the aperture must get larger (i.e., smaller F-stop) which causes depth of field to decrease. The 35mm f/1.2 meets these requirements.

I hope I have provided more clarity than added confusion to the depth of field/full frame vs cropped sensor discussion. I know I’m convinced that I probably don’t need to switch to a full frame camera, at least, not just for shallow depth of field. The math supports it which is always nice. Also, here’s a link to a post that also proves it with actual cameras, lenses and photos!

I’ve been “limping” along with just a Nikon 18-200mm f/3.5-5.6G AF-S ED VR II for a long time, but have decided to invest in a couple of fast prime (i.e., non-zoom) lenses: the Nikon 35mm f/1.8G AF-S DX and the Nikon 50mm f/1.4G SIC SW Prime AF-S. It will be interesting to see which becomes my favorite, but I’m thinking the zoom at least may be the odd man out. The two prime lens are pretty fast and I’m probably going to get spoiled real quick.