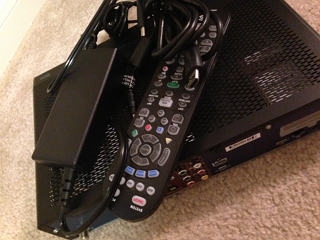 Aereo, the streaming live-TV service, recently started serving San Antonio and are giving the first month free. I decided to cut the cable TV cord and actually getting rid of my cable TV box!

Aereo basically streams local broadcast TV channels, including all the major networks (CBS, NBC, ABC, WB and Fox) and a number of local stations that broadcast live 24 hours a day. It’s sort of like watching Netflix, but with local TV channels.

I rarely watch network TV, except for NFL football and with Aereo I’ll be able to watch most games with the exception of Monday Night Football which is on ESPN. (I hear Thursday Night Football is going to be on CBS, so I’m covered there :-) 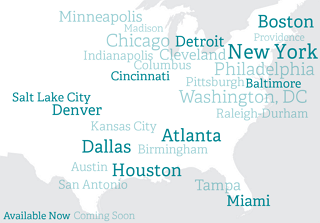 Aereo is not available everywhere, but the list of cities seems to be growing rapidly.

You can watch shows on most web browsers as well as iOS and Android devices. Roku is also supported. Up to five devices can be authorized on your account.

There is a guide listing where you pick what station you want to watch. When you press the Watch button it starts recording the live feed and brings up the player. On a desktop browser, it plays right away, but on the iPad, it annoyingly doesn’t. You have to press the play button which is an extra step. I also use Apple AirPlay to send the video from my iPad to my AppleTV. This requires yet another annoying step, you have to reselect the AppleTV in the Airplay setting every time you switch channels.

I don’t really like the built-in TV listings guide. It’s too small. I use the TV Guide app and set up the Aereo channels as favorites.

When recording a show for future viewing, it gives you the typical DVR options to record once, every episode or only new ones. However, there are no options to start early or end later. For sporting events this is critical! You’ll have to resort to recording the preceding or following show. Ugh.

With the basic $8 per month service you get 20GB of storage and the ability to record/watch one stream at a time. You cannot watch live TV on more than one device simultaneously. You can, however, watch a previously recorded show on one device and live on another. For $12 you get two streams and 60GB of space. You need this plan to watch a live show while recording another live show. I don’t know for sure if you can watch two streams on two different devices on the $12 plan, but I would guess you can.

So far the experience has been pretty good. I love being able to watch actual TV on my iPhone.  I’m liking it a lot although I’m not a heavy TV watcher.

There is some risk at the moment. The networks are suing Aereo saying they need to pay re-transmission fees like cable and satellite companies do. The case has made its way all the way up to the Supreme Court!

Supposedly each Aereo subscriber has an actual physical antenna assigned to them. So Aereo says it is merely doing a cloud version of a DVR. It’s basically the same thing as what a Slingbox does. Lower courts have generally agreed but the Supreme Court agreed to hear the case and oral arguments start April 22.

You can see that this will be a huge ruling, potentially as big as the precedent-setting Betamax case which ushered in the era of home video recording. It should be noted that former Fox network president Barry Diller is one of the Aereo investors.

Should the courts run Aereo out of business, my back-up plan is to go with an HD antenna/PC system. Hope that doesn’t happen though.

Updates:
2014-02-20: Basic cable service is included in my monthly rent and I discovered that I can get many cable channels by just connecting the cable directly to my TV. There are about 100, including ESPN, TNT, TBS, etc. as well as an HBO and a Starz channel! A few are even HD! Obviously I’d need to buy a Tivo or something if I want to record, but I was excited to discover this treasure.

What is kinda interesting is this is not publicized anywhere. I could not find a channel listing for this service. I had to make my own. It sort of parallels over-the-air channels, but only on the lower channels. There are some repeated and a few standard def and HD of the same channel.

This ability may be short-lived though. According to this article, in Oct 2012 the FCC started allowing the cable companies to encrypt the basic cable signals which would require using a cable box. Since I’m paying for this in my rent, I guess they’ll need to provide a box should they ever encrypt the signal here.