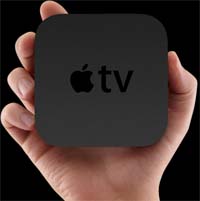 I’ve got an XBox 360, PS3 and WD Live connected to my TV. For some reason, none of these will play a video file using standard network shares. (The WD Live is supposed to, but  it doesn’t seem to navigate through directories.) As such, I use one of these devices–usually the WD Live– to connected to a DLNA media server running on the PC. I’ve tried most of the server programs (PS3 mediaserver, Plex, TVersity, Orb, etc.) but liked MediaMall’s PlayOn the best. I would have liked to use PS3 media server, but it is a memory hog!

Most of the time this arrangement works fine. The biggest issue is sometimes the video or audio would hiccup. I was never sure if this was the file or the server software, although the file would normally play fine playing it on a PC. Anyways, restarting the video and either trying to jump to a spot or fast-forward can be an exercise in futility. I really wanted more of a desktop experience when navigating through a video file.

If you think about the fact that the media server is converting the file in real-time and then serving the file to the client, I suppose this makes sense why navigating is so difficult. Of course, that probably wouldn’t be a problem if there was direct network share access.

I thought about setting up XBMC, but that seemed like a hassle, although I loved using it on a hacked original XBox. Anyways, I sometimes use the Air Video app on my iPad/iPhone. That supports AirPlay which allows you to display the video/audio onto an Apple TV. The Airplay server program runs on your PC so it’s essentially the same deal as using the DLNA setup. I should note that I’m guessing that when you Airplay the video to the Apple TV, it goes directly from the server program on the PC to the Apple TV. It isn’t running through the iOS device. I say this because it works using my iPhone or iPad, and putting the iOS device in the middle would have to create severe bandwidth/processing issues which I do not see.

The BIG difference is navigation! You can quickly shuttle through a video or jump to a specific part with just a slight lag. It is a million times better than when using DLNA.

What are the cons? Well, it works best when the video is in MP4, M4V, or MOV format since they don’t have to be converted. I’ve found that the quality of Air Video’s (real-time) live conversion is pretty poor even if you use the highest live conversion bitrates. So this can be an issue if you’ve got a lot of AVIs. There is a built-in workaround, however; you can have Air Video convert the file before watching. It doesn’t seem to take too long and it will depend on your PC’s processing power.

Anyways, to some extent I’ve swapped one issue (navigation) for another (poor AVI quality), but I’ll still run the DLNA server so I can the old way is always still an option–too bad Apple TV doesn’t do DLNA :-( The WD Live is headed for eBay.

UPDATES:
2/24/13 – I found that Air Playit has a better real-time AVI conversion but it’s hang up is it doesn’t run in background.

2/25/13 – I just switched to ServeToMe and the real-time conversion quality is very good. Plus, it runs in background. Memory and CPU useage is pretty good too! Fingers crossed…