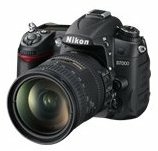 I’ve been looking for a new hobby for a very long time and I don’t know why it never occurred to me, but photography is perfect; it’s just the right combination of tech and outdoors.

I wanted to get an entry-level prosumer DSLR and narrowed it down to the Canon 60D and the Nikon D7000. I really liked the 60D’s articulated screen, but in the end, the D7000 just seemed to be more professional and higher quality, albeit slightly higher in price. Choosing your first DSLR is really an important decision since it sets the path for all your future lens purchases–there, unfortunately, is no standard in the lens mounts.

I wanted a do-it-all lens to start out and splurged on the Nikon 18-200mm f/3.5-5.6G AF-S ED VR II Nikkor Telephoto Zoom Lens. I was also looking at the Sigma 18-200mm F3.5-6.3 II DC OS HSM Lens, but the slightly better aperture and supposedly quickly focusing of the Nikon lens gave it the nod. I figured why skimp on the only lens I’ll have for a while. I also toyed with the idea of a used lens and even found an open-box one, but for my first set-up, I wanted everything to be new. (Yeah, I’m a bit spoiled :-)

I’m pretty excited! The last serious camera I owned was a Pentax 35mm SLR many years ago. Developing film always seemed to limit my use of that camera, so now with the digital SLR, I’ve got no excuses. I’m really looking forward to learning this beast and getting good at operating all of the features. It’s damn complicated compared to my old 35mm that’s for sure. 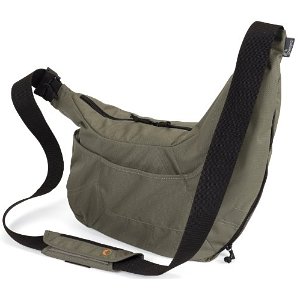 I also put a lot of thought into what camera bag I wanted. I wanted something light and not cumbersome. It had to hold my D7000 with zoom lens attached and also have enough space for a second lens and some extra goodies. I didn’t want a backpack because you have to take those off to get to stuff and I didn’t want just a regular shoulder type. What appealed to me was the slings. I suppose it’s partially due to their generally non-symmetrical design. I’m always attracted to things like that.

I was nearly decided on the Case Logic SLRC-205 SLR Camera Sling, but ended up going with the Lowepro Passport Sling Camera Bag. It just seemed to look less like a camera bag and had a softer less cumbersome look. The Case Logic is probably more functional, but the Lowepro is cooler and coolness counts!

So far, I’ve only skimmed though the D7000 manual and played with the features a bit. I’ve got the PDF of the manual on my iPhone and I plan to take the D7000 for a spin tomorrow out in the Hill Country!