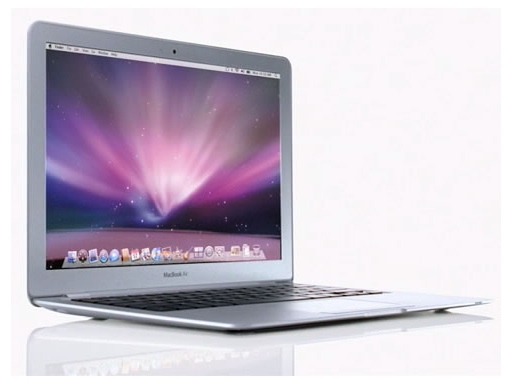 As much as I love my iPad, it had become too much of a constant source of frustration. After much thought and agonizing, I drove to the Apple store and walked out with a brand-new Macbook Air.

Mostly, its the lack of Flash support on the iPad and the way content providers treat it differently than a regular laptop. These two things keep me from being able to watch a lot of streaming content, and many websites still haven’t yet build mobile versions or embraced HTML5.

The second big issue I have with the iPad is just the limitation of inputting *and* editing text. It’s basically a pain in the rear. If you write a lot like I do, I know you feel my pain. I considered getting one of the iPad keyboards, but it just seemed to kludgy and unbalanced.

Another issue I’ve been having with the iPad as of late, is apps constantly crashing and disappearing, particularly Evernote. It’s been really sluggish too and rebooting seems to do nothing. I’m wondering if the CPU and RAM just aren’t up to multitasking of iOS 4, remember that was the biggest upgrade in the iPad 2.

Waiting for the new Airs

I’ve been eyeing the 11″ Macbook Air for some time and waited patiently for the new models to appear. I ended up upgrading all the way to 4GB RAM, 256GB HD and Core i7 CPU. I really only wanted the larger hard drive, but the physical Apple store doesn’t carry the version with the i5 CPU. Oh well, a little speed can’t hurt.

This is the first Mac I’ve ever owned and it’s a bit of a learning curve for a long-time Windows guy. Many things are similar and many things are not. Overall, however, I’d say I like it a lot. The cross-platform nature of Chrome really makes the transition easy for browser stuff.

I haven’t run into any showstoppers yet. I found Mac versions or equivalents for most of the programs I truly depend on. Here are some of my positives and negatives:

Not an Apple Fanboy!

Ok, I KNOW there is huge potential (likelihood?) of me being accused of being an Apple Fan Boy, as I sit here with my Air, iPad and iPhone 4. Does the mere ownership automatically cause me to be tarred and feathered with that label? I think not. I appreciate, understand, and continue to own several Windows machines. It’s just that right now, at this moment in time, Apple is making the best products for what I need. If the pendulum swings a different way, I’ll switch.

I’ll probably continue to use my Windows desktop as a server and run some special Windows-only programs on it, but I can see that the MB Air is now my go-to portable computer. I’m going to sell my Windows 7 laptop that I bought not too long ago because I’m just not going to use it. Comparing the two is like comparing one of those early cell phones with today’s smartphones. Really.

I am waiting with interest for the Windows Ultraportable laptops (e.g., Asus X21) due out later this year. Supposedly, they are (finally) Windows’ answer to the Air (C’mon! It’s been two years!). However, you just won’t see the tight OS integration you get with the Air–there is something to say about controlling the hardware and software from A to Z. Windows will get it eventually, but I think it’s years away. 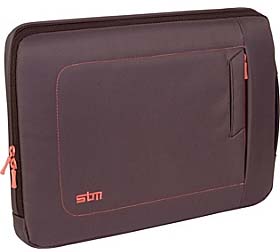 I bought the perfect case for the Air at eBags.com. The Air fits nice and snug in the zippered pouch. The zipper goes around one corner so it’s easy to slip it in and out. There is another zippered pocket that easily holds my Magic Mouse, AC cord extension and the VGA adapter. It has both a handle, which appears very sturdy, and a removable strap. I really couldn’t ask for more.

What will happen to my iPad? Well, I found that I still reached for it on my nightstand for those mid-sleep computer tasks. I’m just not awake enough to use a keyboard. (Yeah, I know this is probably not a good thing to have at my fingertips at night :-) I ended up upgrading to an iPad 2 for the faster processor and memory. My original iPad is going to be used for mostly music I think. I could sell it, but it will be nice to have an extra one to just leave around an not worry about.

So Far So Good

Well, I’ve been using the Air for a solid week now and I have no regrets nor buyers remorse. I’m positive I made the right decision. I even have my Windows 7 laptop up on eBay.