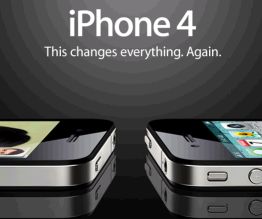 A few days ago I posted my intention of dumping Nokia in favor of the new iPhone 4. Nothing has changed. However, Apple’s announcement of the iPhone 4 details has stirred up much debate and comparison to the upcoming Nokia N8. The thing that strikes me in those discussions is the comparison based on pure specs. The problem is that specs only tell part of the story. I bet that even my N97 would hold up well if you compared the specs to an iPhone. For example:

The better argument would be user experience. Pick up an iPhone and the experience is as smooth as butter. Pick up an N97 and you think you’re in hell. I have little hope that the N8 will fix all of the issues I have with the N97. I don’t want to be sitting waiting for the next firmware update hoping it will fix whatever issues I have.

I have been a Nokia lover since first seeing the N95. I loved that phone. There was nothing else like it. I am really sad that I have to jump ship. Of course. I’ll be glad to return if Nokia gets it act together.