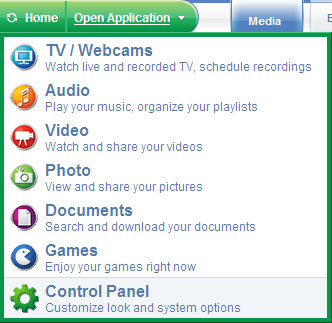 I’ve had a love/hate relationship with Orb for many years. Basically, Orb allows you to stream media off your PC over the Internet to other PCs or mobile devices. It uses the server/client model where you run the server software on your PC with the media (music, video, and photos) and the client can be a web page or iPhone app.

It’s free to use and you’ll only need to shell out money if you want the iPhone app which costs $10. (Note that there is a freebie version you can use to try it out.) If you just use the a web browser to access, it’s free.

It always *kinda* worked for me, but the one problem that always made me turn in off was that it would often grab 100% of my CPU for seemingly no reason. For years, the Orb developers seem to totally disregard this showstopping bug until now. I noticed that one of the recent builds mentioned CPU usage in the change log, so I decided to install the latest version and try it for Nth time, but this time I’m happy I did.

I’m really using this for MP3s, but I checked out a few videos and they seemed to work fine as did the photos. It still seems to have some issues with not updating playlists, but so far no CPU hogging, so I’m very happy with it and I did buy the iPhone app as well.

It’s pretty simple to install and its only gets semi-complicated if you want to stream outside your home. To do that you’ll need your external IP address and know how to open ports on your router.

I had been using Logitech’s Squeezebox, but it’s limitation is that it requires a secondary player, either hardware or software. That set up just doesn’t really work on an iPod Touch or iPhone. It’s ok in a PC environment, although things can easily get out of sync.

I’ll be putting it through it’s paces over the next few weeks and will report back if I find anything worth mentioning.