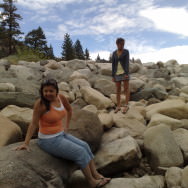 END_OF_DOCUMENT_TOKEN_TO_BE_REPLACED

Audiobook application for the Nokia N95

Nokia Beta Labs has a cool application that will convert audiobook WAV or MP3 files to something that works with their S60 audiobook player. It's available here.

Each file is treated as a chapter and the filename is used as the chapter's title. No support for ID3 tags. You'll need to remember this because the title doesn't scroll. So if each filename begins with the author and book title, you won't be able to tell the difference between chapters.

The nice thing about using this application as opposed to the normal mediaplayer is that it treats all the files as one book. It remembers the last played chapter and position. You can even set arbitrary bookmarks. There are some nice keyboard shortcuts to jump forward or backwards one minute. Much nicer than trying to fast forward/rewind though something.

If you've been trying to use the normal mediaplayer to listen to audiobooks, you understand the frustration. The Nokia audiobook application will be a dream come true.

Twitter, Jaiku and Pownce together on iPhone or iPod Touch

Using Apple products is like going to Disneyland. You can have tons of fun, but only in the way they want you to have fun.

Sometimes life puts a roadblock in front of you…

Sometimes life puts a roadblock in front of you…

My problem is I often don't take the detour and hurl myself right into it.

Speeding up podcast and audiobook listening

My Sansa Fuze MP3 player has a cool feature that lets you playback podcasts and audiobooks at a faster than normal speed. You can easily understand the speech, but it also increases the pitch, although not to chipmonk-like levels. However, I would prefer to use my N95, but it lacks such a feature. The solution? MP3 Speed Changer from Crazy Boomerang Software. This nifty utility will speed up any MP3 and the pitch remains constant. People will just sound like they are talking real fast. The default 150% seesm to work well. There are only two choices for quality, but that's not really your goal and they are acceptable.

The cool thing about MP3 Speed Changer is that it can be called from the command line (ie DOS Prompt or shell command). I use Ziepod as my podcast catcher and it has a nice feature that lets you run a command line utility on the podcast file after it is downloaded. I automatically get sped up versions of all my favoriate podcasts!

It was difficult to find documentation on the command line parameters, but they appear if you run the MP3 SC with /help. There is no documentation on how to use the parameters though. I figured out that they run in sequence so you have to place them in the correct order. That is, load the MP3, set the settings, do the conversion, exit the program. My Ziepod command line looks like:

The quotes are important since filenames and paths can have spaces.

Note, Ziepod does not seem to be in active development, but it appears to still be for sale on their site. Get it while you can!

Getting used to iTunes

Well, I got my brand spankin new 32GB 2nd gen iPod Touch safely protected in the cool RebelTouch case. Goofed up on the first screen protector and now I know why they give you two ;-)

The first think I noticed was how slow and bloated iTunes was. It often just kinda annoyingly sits there churning away at something with little info on what it is really doing. The one thing I’ve figured out is that iTunes essentially acts like it’s a device unto itself. First you have to get your songs all set up in iTunes, THEN you can put them on your iPod. It is not an app whose sole purpose is to transfer songs from your PC to the player device. This is WAY different than say a Creative Zen or Sansa Fuze where you just drag your music from your PC to the device and your’e done.

I find it odd that it ignores the “A” in band names like “A Change of Pace” and groups them with the C’s. I spent an hour thinking I was having syncing issues!!! I can understand ignoring “The”, like in “The Beatles”, but why “A”??? Stupid.

Took me a while to figure out that the Library is not the same as the Music folder and there is no way to automatically sync the two. I was thinking that logically it would place all the music in the physical folder in the Library, but no such feature as far as I can tell. What I wanted to do was place new MP3s in the folder and automatically sync that with the Library and utimately the iPod. I’ll just have to keep them in sync manually.

Since I’ve got a spare 32 gigs on my hard drive, I’m putting a copy all of the music I want to load on my iPod in a special folder on my hard drive, which I use as my iTunes Music folder. Then I load that music into the Library. Basically, the Library and the folder will be identical. I turned off manual sync, so my Library will be automatically synced with my iPod. If I ever need to reformat my iPod, restoring will be pretty easy. I guess I could add my original songs to the Library, but I worry about what iTunes might do to them and I feel safer if it only has access to a copy. Note that I’m only using unDRM’d music.

Well now that I’ve got my Library set up, I should have an easier time with things since I’ll only be dealing with a handful of songs at a time. The initial set up anything is usually rough and this was no exception.

Just tried the trick where you turn off sending data to Apple which is supposed to speed up syncing. It does appear faster.

I got rid of my N800 for the Touch and I do miss having access to shared Windows folders and background processing, but that’s about it. The Touch’s browser is pretty good though it sorely needs Flash support. Supposedly that may be coming. I hope so. Pandora app is very nice, but too bad you can’t run it in the background. How stupid. The closed world of Apple is very evident and irritating; however, the stuff you can do there is still pretty cool. Kinda like going to Disneyland. You can have a lot of fun there, but you can only have fun in the ways they want you to have fun.

Oh yeah, I cannot connect to my DLink DIR-655 router using WPA! It appears that many others are having the same issues and the only fix is a firmware upgrade. Hope Apple is listening. Fortunately, I’ve got a Linksys router acting as an AP and I have no problems connecting to that.

N800 Going…iPod Touch on the way

There will be some things I miss (Rhapsody, Samba, Flash, multitaking apps, divx, etc.), but I'll gain a lot too (oodles of accessories, Pandora, killer browser, iPod player, etc.). After playing around with Safari on my daughter's new iPod Touch, going back to my N800 was painful. The browser basically sucks in comparison.

The feature that really put me over the top was the 2nd gen's speaker. It was the one feature I just couldn't give up on my N800, though it has stereo speakers. 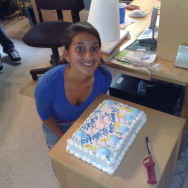